The Alliance of Alcohol Industry Attorneys & Consultants is a select organization of alcoholic beverage licensing and compliance professionals. 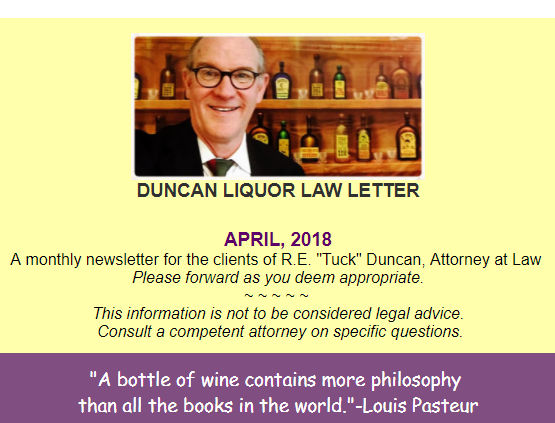 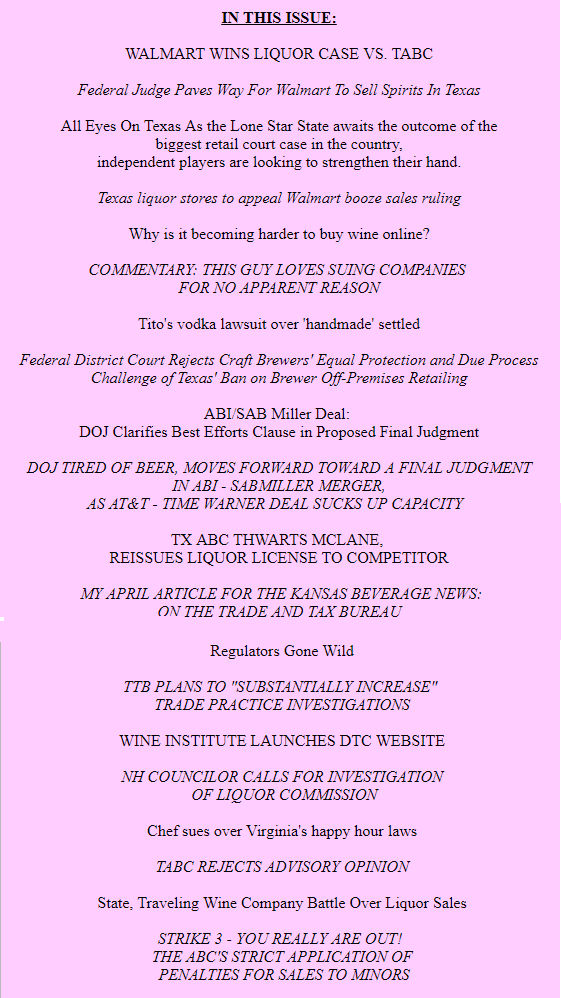 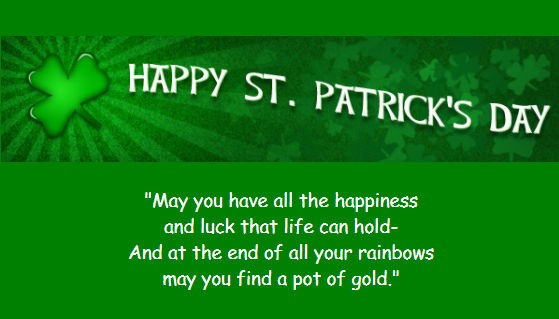 In This Month's Edition:

KANSAS LEGISLATURE PASSES AND GOVERNOR APPROVES BILL TO LET GROCERY AND C-STORE TO SELL BEER NOT TO EXCEED 6% BEGINING APRIL 1, 2019

Widow Jane Pushes Back Against Acquisition

WHISTLEPIG AND CHATHAM BUTT HEADS OVER USE OF "CROP" TERM

BevMo Complaint On Total Wine Is Referred To FTC, But Total Says It's Without Merit - Read

Understanding the Three-Tier System: Its Impacts on U.S. Craft Beer and You - Read

And for more news - go to Duncan Liquor Law Letter

All 11 judges from the 9th Circuit gathered in San Francisco this past week to hear oral arguments on the Retail Digital Network appeal, per Alcohol Law Review blog. This step marks the beginning of the "en banc" review of the case.

The blog gave us a brief summary of what took place last week saying, the "judges did seem to struggle with the specific details of the law in question [tied-house laws] and how it works in the marketplace" and the panel also had plenty of "questions on the state of commercial free speech law in the United States Supreme Court."

The blog didn't offer up its guess on the final outcome as it is a "terribly imprecise science," but it did say, "with additional cases on commercial free speech pending before the Supreme Court, the Ninth Circuit may take awhile to issue a decision."

These Missouri laws prevent consumers from receiving truthful information in advertising. Specifically, although retailers can offer price discounts and promotions on alcoholic beverages, these laws keep citizens from learning about those discounts in advance, through radio, television, and newspaper ads.
Our radio and television stations are key sources of information for Missourians. Just as with news, listeners and viewers learn about the availability of goods and services through radio and TV advertising, and a restriction on advertising truthful information only keeps relevant and useful information from consumers. That's why the MBA and several other entities challenged these laws under the First Amendment, and its guarantee of commercial free speech.

The antiquated Missouri laws at issue prohibit our advertisers from being able to advertise alcohol discounts, even though those discounts can be advertised on premise. The state contends that the restrictions are intended to discourage binge drinking, but binge drinking is more likely to be encouraged by promotions inside a bar than from media advertisements heard or seen in one's living room.
The MBA is pleased that the appeals court pointed out the many inconsistencies in the regulations, which we believe demonstrate their unconstitutionality. The Supreme Court's precedents protecting truthful commercial speech permit restrictions on commercial speech only if they are closely tailored to the state's needs, and we believe the many inconsistencies in Missouri alcohol advertising regulations show that these laws are not so limited.

Additionally, because advertising of special pricing is allowed in all our bordering states, we believe that these laws create an unfair competitive disadvantage to Missouri businesses.

The laws are also ill-suited for the era social media, which college students in a bar can use to instantly publicize alcohol discounts, and to today's world of ubiquitous and growing microbreweries and wineries, which have special exemptions from some of the restrictions.
If these laws are found unconstitutional, or removed by legislative and regulatory action, price-conscious consumers will have better information and be able to make better alcoholic beverage purchasing choices.

The immediate effect of the Eighth Circuit decision is to send the case back to the U.S. District Court for the Western District of Missouri. MBA and its co-plaintiffs intend to vigorously pursue their claims in that court, particularly in light of the Eighth Circuit's legal analysis which is highly favorable to the strength and validity of these claims.

KANSAS CITY, Mo. (AP) - A federal appeals court on Thursday revived a lawsuit challenging Missouri regulations that broadcasters and others say illegally limit how they can market alcohol.

In reinstating the case, which was tossed out last year by U.S. District Judge Fernando Gaitan Jr. at the state's behest, an 8th U.S. Circuit Court of Appeals panel unanimously ruled the plaintiffs "plausibly stated a claim upon which relief could be granted."

The 8th Circuit noted the state's justification that the restrictions are in the public interest by trying to blunt irresponsible alcohol use and underage drinking. But the appellate court cited inconsistencies in the application of the regulations, which permit advertising such generic things as "Happy Hour" and "Ladies Night" - as well as marketing all sales, promotions and discounts - on the retailer's premises.

The defendants "apparently are not as concerned with retailers baiting consumers to drink excessively once they arrive," Chief Judge William Jay Riley wrote for the three-judge panel.

In their 2013 lawsuit, the Missouri Broadcasters Association, Zimmer Radio group, Springfield winemaker Meyer Farms and Uncle D's Sports Bar & Grill in St. Joseph challenged, among other things, the state's Discount Advertising Prohibition Regulation. That rule makes it illegal for an alcohol advertisement to mention prices, rebates or discounts, essentially barring references to such things as two-for-one beer specials, a wine shop's going-out-of-business sale or a restaurant special offer of a free drink with a meal purchase.

Calling such regulations an unconstitutional and "chilling" infringement of free speech, broadcasters pressing the lawsuit have said the restrictions have cost them immeasurable potential advertising money.

On Thursday, the St. Louis-based 8th Circuit declared that those suing over the regulations have "included sufficient allegations that the challenged provisions did not directly advance the substantial interest of promoting responsible drinking."

"A theoretical increase in demand for alcohol based on a lower price does not necessarily mean any consumption of that alcohol is irresponsible," Riley wrote, adding that "the multiple inconsistencies within the regulations poke obvious holes in any potential advancement of the interest in promoting responsible drinking."